We often hear about the work of assembly line. Generally, there are more assembly lines in factories. It is a production method in industry, which can improve work efficiency and output value. The work on the assembly line uses a lot of industrial equipment, such as benches, drying lines, delivery sorting lines, etc. Next, let's learn what assembly line is and what characteristics it has!

First, what is assembly line?

Assembly line is also known as the installation line, an industrial production method, refers to each production unit only focus on a piece of work, in order to improve work efficiency and output value; According to the transportation method of assembly line, it can be roughly divided into seven types of assembly line: belt assembly line, plate chain line, double speed chain, plug-in line, net belt line, suspension line and drum line.

It generally consists of traction parts, bearing members, driving devices, tensioning devices, reversing devices and supporting parts. The assembly line has high scalability, which can plan the delivery volume, delivery speed, installation station and auxiliary parts (including quick connector, fan, lamp, socket, process board, shelf, 24V power supply, wind batch, etc.) according to the demand, so it is widely welcomed by enterprises. The assembly line is a useful combination of human and machine, which fully reflects the flexibility of equipment. It organically combines the transportation system, accompanying fixtures, online special aircraft and testing equipment to meet the transportation requirements of various products.

2. High degree of specialization of workstations

Each assembly line only produces one or a small number of products or parts, and each workstation only needs to complete one or several operations.

The processing target is moved in parallel or parallel order between workstations to minimize the strike waiting time.

The production capacity of each process on the assembly line is balanced and proportional, that is, the number of workstations (equipment) in each process is roughly equal to the processing time of each process single product.

The above is a simple introduction to the assembly line related common sense, I hope to help you.

About Us
Company profile
Honor of qualification 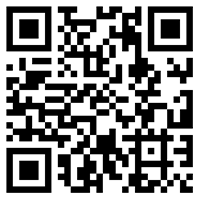